-Jason Bay
My favorite Mets blog, Amazin' Avenue, had a post the other day with which I will take a bit of umbrage.

Writer Eric Simon takes offense that people booed Jason Bay after he got injured the other night against the Reds.  I'm not condoning the fact that some fans booed Bay when he got a concussion, but please spare me that we should give him a break because "he's trying his hardest." That simply isn't good enough.

Over the last two and a half years, Bay has been a disaster, and the Mets have paid him almost $40m.

Why are ticket prices so high? One reason is because of a high payroll, and as a fan I am perfectly happy paying to see the team play, but if you are not producing, and I have to pay more money because you are way overpaid, I am going to boo you and have every right to do so no matter how hard that player might be trying.

On the play in question, Bay looked lost trying to catch the ball and his misplay led to an inside-the-park home run (and his concussion). He just is not good at baseball right now and deserves to be booed.

I do respect Jon Rauch sticking up for his teammate. Seems like a class move.


-Radio announcers
Yesterday, I went to a wedding in New Jersey and listened to a decent amount of baseball on the radio. I was left wondering how John Sterling has a job.

I listeded to four innings of the Yanks at Nationals game and heard these beauties:

+He refered to the team from DC as the "Capitals" twice.
+He reminded us when the score was tied in the bottom of the 11th inning that the Yankees would probably want this game to get to the 12th so they could win (have a little respect for your listeners, please)
+He pronounced Craig Stammen's name at least four different ways.
+As soon as the game went into extra innings, Sterling told the listeners at least seven times that Chris Stewart - the Yankees' backup catcher and only remaining position player at the time - would not be used unless of dire emergency (basically death of one of the eight position players still playing). It would have been more than seven if Joe Girardi didn't use Stewart the first chance he got with two outs in the top of the 12th.

Suzyn Waldman is terrible too, but everyone knows that already. I haven't heard 28 of these others crews, but I imagine that I would be in agreement about this list on Fangraphs.

On the flip side, Howie Rose and Josh Lewin - the Mets' announcers - were incredible. I listened to them on the way home for an hour and was thoroughly entertained the whole time. Yes, I am a Mets fan and might be slightly partial to their announcers, but even so they were very enjoyable despite the fact the Mets were losing. They mixed in relevant stats and stories, a novel idea.


-Mets
While I am on the topic of the Mets, congrats, Johan (two weeks overdue). That was a great moment in the middle of what has been a great season thus far. I told myself I wouldn't do it, but I'm a believer in the fact this team can make a run at the playoffs.

Food for thought: it would be slightly funny if the Mets played great for the next month and a half while the Cardinals faltered followed by a Zack Wheeler for Carlos Beltran deal.


-Jon Heyman
My least favorite writer is at it again with one of the worst articles that I have read about baseball, maybe ever. It pains me to link it because it will make it seem like people actually liked it, but here it is.

Scott Boras' henchman Heyman claims that former Yankees backup is now "human insurance." This is incredibly dumb on so many levels.
﻿﻿

First, if Cervelli is "human insurance" then so too is every single minor leaguer.
﻿
﻿Second, Cervelli is better known for his ridiculous helmet than his on-field acumen. He has five career homers to his name in the Majors. Heyman would have you believe he's some kind of stud.

Third, what is up with that bio picture of Heyman. Sweet clown grip on the bat, bro.

Maybe worst of all, CBS' Danny Knobler, a writer who has served as a guest on one of my Banter podcasts and whom I respect, linked us to the article on Twitter by saying "Cervelli is living out of his car" making it sound like he was homeless or something like that. Not a fan of this move.
﻿﻿﻿﻿﻿﻿

-Fantasy baseball injuries
Let me vent for a minute. This season the following players were all on my team and missed significant time: Jayson Werth, Nick Markakis, Carlos Lee, Jon Lucroy, Chris Ianetta (14-team, 2-catcher league so this actually matters), Brandon Beachy, John Danks, Brandan Morrow, and Derek Holland. We are barely one-third of the way through the season.

I love drafts. All of them. Any sport. Ever.

Or at least I thought I did.

I have never been as disinterested in a draft as I am about this upcoming one. It's a one-player draft, and he's going number one. See ya later suspense.

The Cavaliers have reportedly offered the 4th, 24th, 33rd, and 34th picks for the top selection, and they were rejected in about 0.0004 seconds. Why? Because everyone not named Anthony Davis will be lucky to see a starting role in 2013 or an All Star game in their career.

-Huge game for Croatia tomorrow against Spain. They can garner some respect in the soccer world if they can even squeeze out a tie. That might also be enough to get them through to the next round depending on the score. Call me crazy but if they advance, they have a shot to win the whole thing. Why not make a prediction:

-My wife and I struggled for about 15 minutes trying to figure out what the Roman numeral "LVIV" was. Turns out, it's a city in Ukraine. Whoops.
Posted by MSpiciarich at 5:00 PM No comments: 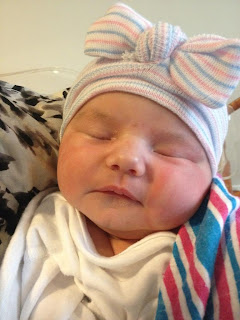 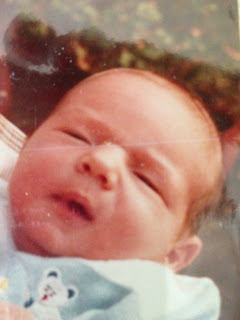 Posted by MSpiciarich at 11:59 AM No comments: