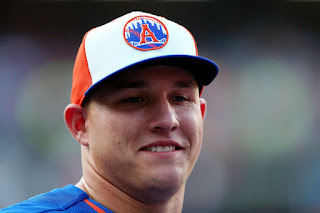 Future face of the Mets

Tell me who says no to this deal: 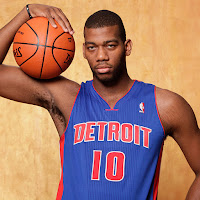 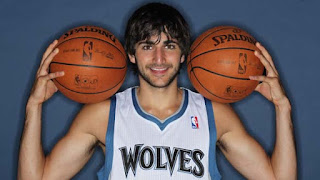 I will fill in more blanks when time allows, but here are the highlights:

-Wolves would then select Jamal Murray with the 5th pick; Bucks would take Skal Labissiere with the 10th pick.

-Murray-Zach Lavine-Andrew Wiggins-KA Towns-Monroe with Gorgui Dieng off the bench? Yes, please. Thibs can get these guys to play D, and that offense would be unreal.

-Rubio-Kris Middleton-Greak Freak-Jabari Parker-Henson/Skal would be a wingspan fest and extremely fun to watch. Maybe a trade of MCW for a shooter could follow?
Posted by MSpiciarich at 11:53 PM No comments:


I will try to fill in further explanation when time allows, but here’s the deal-

Sandy Alderson needs to pick up the phone and tell Billy Eppler that he can choose anyone not named Thor, Degrom, or Conforto in exchange for the game’s best player.

From the Mets’ perspective, this deal is a no-brainer as Trout can finally play in some meaningful games while serving as the face of the franchise right next to where he grew up.

Add him into this lineup and this is what we have:

The rotation, especially in the playoffs, would be just fine with a combo of Thor, DeGrom, Matz, and the ageless Bartolo. Street adds a 7th or 8th inning option for Terry Collins. A ProvenCloser™ on a non-contender would be superfluous and Street is still owed about $14m through the end of next year.

From the Angels vantage point, it’s time to blow this up and start again.

Harvey can be the ace they’ve lacked since Jered Weaver finished third in Cy Young voting in 2012. If Wheeler can return to his pre-TJ form, the Angels would have a solid #3 on their hands.

Granderson is a serviceable outfielder that would help replace a fraction (admittedly, a small fraction) of Trout’s 2016 production.

Rosario, Herrera, Urena, and Nimmo are the four lotto tickets that could form the foundation the next time this team is competitive. Rosario has superstar potential while the others can be above average regulars. The barren farm system needs a talent infusion, and I believe these four would immediately become the Angels top four prospects.
Posted by MSpiciarich at 10:00 AM No comments:

I will try to write a draft summary, but here's a summary of how my final mock went.

Going in, I said, "I will be disappointed if I don't hit at least 8 of 31 exact picks and any less than 28 first rounders."

Well, I had 9 direct hits. It would have been 10 if I didn't foolishly swap out Ronnie Stanley with DeForest Buckner, but what can you do.

Unfortunately, I only hit 25 of 31 first rounders. I'm really kicking myself for adding both Alabama DTs instead of Will Fuller, but again, hindsight is 20-20.
Posted by MSpiciarich at 9:28 PM No comments:


This is going to be an incredible first round. Anytime you have a draft with a players that has a range from fifth overall to the middle of the second round (Myles Jack), you know it’s going to be entertaining. Another guy, Darron Lee, is a top-10 pick in some mocks. I don’t have him as a Day 1 pick.

Here’s my last attempt at predicting what will happen tonight. It will probably go up in flames as soon as the Titans trade back to the 6-slot when Laremy Tunsil slips, but that’s unavoidable.

-Hopefully this DB from Houston (Willie Jackson) turns out better than the last one Oakland picked (DJ Hayden). Or maybe, the two work nicely together and raise each other’s games.

-I’m a sucker for last minute rumors, and I really hope the Ronnie Stanley to San Diego one is true even if I don’t agree with the pick. I'm not buying this rumor.

-My favorite players in this draft: Doctson, Ragland, and Butler. I also have a soft spot for any quality OU receivers which makes me fond of Shephard.

-I will be disappointed if I don't hit at least 8 of 31 exact picks and any less than 28 first rounders.

-Unfollow me on Twitter (@mspici) if you don't want to get bombarded tonight.
Posted by MSpiciarich at 7:56 AM No comments:

Mock Draft with Ricky & Coop: Round 1

The annual TSB-Ricky-Coop mock is here. Let's see if we do better than the NFL Network panel or any other panel for that matter.

Best theory I heard all week came from Ricky who thinks the Eagles traded up for Zeke Elliott or Tunsil, not a QB. That would be incredible.
Posted by MSpiciarich at 10:38 PM No comments:


There’s been a complete overhaul at the top of this draft after two massive trades. Here’s my (updated) best guess at how things will play out.

The defensive line depth in this draft is pretty striking. In any other year, Shaq Lawson and Kevin Dodd from Clemson would comfortably find themselves as Day One picks. This year, though, I didn’t have a place for them in the top 31. Hopefully one of them falls to pick 51 where the Jets can stop the freefall.
Posted by MSpiciarich at 9:44 PM No comments:

It has been almost nine months since I've posted anything, and for that, I apologize.

My favorite time of year is almost upon us so let's get this started with the first mock of the year.

1. Tennessee Titans: Joey Bosa, DE, Ohio State - The talent in this year’s draft really doesn’t match up well with Tennessee’s needs which is why I think this pick will ultimately get dealt; for now, I’ll put the top player on my board here.

2. Cleveland Browns: Laquon Treadwell, WR, Ole Miss - Of course Cleveland needs a QB, but my guess is that they make a play for one via trade or free agency and grab the top receiver on their board as a weapon.

5. Jacksonville Jaguars: DeForest Buckner, DE, Oregon - I love the idea of de facto rookie Dante Fowler and Buckner getting after the QB for the next decade in Jacksonville…or London.

15. Los Angeles Rams: Jared Goff, QB, Cal - Weird things happen during the draft, especially as they relate to QBs. I think Goff will end up going much higher than this, but it wouldn’t shock me to see his name on the board here.

17. Atlanta Falcons: Noah Spence, DE, Eastern Kentucky - Ohio State will own Day One and that - officially - won’t even include Spence who started his career as a Buckeye.

20. New York Jets: Jaylon Smith, LB, Notre Dame - Too talented to drop much farther than this even if he might have to redshirt his first season.

Note: The Cheaters Pats forfeited their first round pick.

Best of the Rest