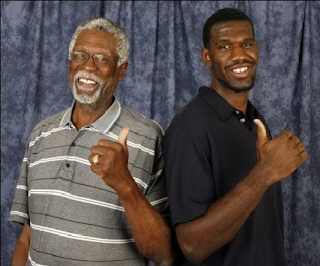 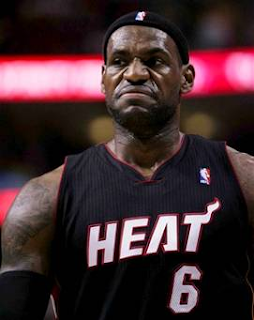 Bill Russell with his two sons, Greg Oden and Lebron James
Posted by MSpiciarich at 8:00 AM No comments:

After finishing a disappointing season with a record of 6-10, the Jets replaced GM Mike Tannenbaum with John Idzik. If I were in his shoes, this is how I would attack the offseason.

1. Determine if Mark Sanchez is your guy...

It all starts with the quarterback.

Try to be objective and forget about the Buttfumble (one of his 16 lost fumbles over the last two seasons), the 68-69 career TD-to-INT ratio, the 71.7 career QB rating, the double-pump interceptions, and the fact that he is incapable of carrying an offense on his own.

...then trade for Matt Flynn.

Everything should start with these four guys. Any talk of trading Revis needs to stop.

3. Trade down in the draft.

The Jets have the ninth pick in a draft that seems to be muddled at the top. At this point, it wouldn't surprise me if one of about seven players was selected with the top pick. After years of dealing picks away, it's time to get some back.

Maybe the Rams want a third first round pick this year and would deal their second rounder and next year's first.

Maybe the Packers or Broncos feel like they are one player away from making the Super Bowl next season and would roll the dice with their first two picks to move into the top 10.

Gotta pick up the phone to find out. The more picks, the more options Idzik will have at his disposal.

4. Trade one of those extra picks for Percy Harvin.

You want a second rounder Minnesota? Done. We just traded down to get an extra one.

Dynamic playmakers like Harvin are not easy to find. He adds dimensions to this offense that haven't existed since Curtis Martin was around. Jeremy Kerley can be a solid slot receiver, but the offense is in deep trouble if he's the go-to guy. Harvin makes everyone around him better.

I've made the joke one too many times that the Jets only scout skill position players coming from the Big 10. Let's expand those horizons. Maybe we can send someone to the SEC. Or at least ask for some tape from some SEC games.

6. Draft a WR with the newly acquired, lower first round pick, either Cordarrelle Patterson or Keenan Allen or Nuke Hopkins.

I think I can live with a Hopkins-Kerley-Stephen Hill trio out wide with Harvin lining up all over the field. That has the makings of an exciting offense.

7. Give DT Henry Melton a call to see how much money he wants.

A defensive line of Melton-Wilkerson-Coples would be among the top three in the league, and Melton is the oldest of the bunch at 26 years old.
Posted by MSpiciarich at 7:00 AM 1 comment:

Could this be a father-son combo: 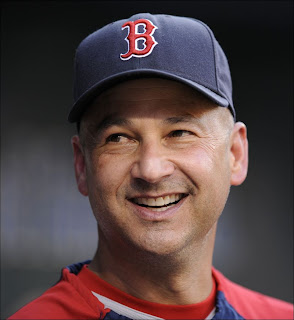 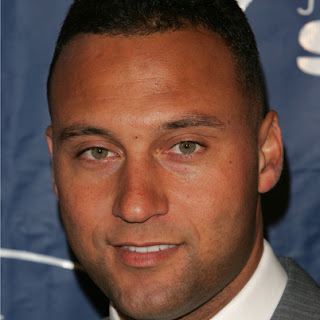 H/T to loyal reader JS129 who sent in this suggestion
Posted by MSpiciarich at 8:27 PM No comments:

Never Would Have Expected...

Zach Randolph to do something like this because of the ay he's always portrayed, but good for him and Brendan Haywood for doing things like this.

Posted by MSpiciarich at 8:24 PM No comments: