Playoff predictions and award winners coming tomorrow.
Posted by MSpiciarich at 7:07 AM No comments:

Wrote a brief summary of last night's Jets-Giants game on Swagstein. Check it out here.

Posted by MSpiciarich at 8:38 AM No comments:


Posted by MSpiciarich at 7:23 AM No comments:

1. How much of a cancer do NFL teams think Clinton Portis is? The guy is less than 100 rushing yards short of 10,000 for his career. He's amassed almost 12,000 yards from scrimmage in his nine professional seasons. He has been bitten by the injury elephant the last two years, but somebody should take a shot on this guy. He's only 29 years old. Brian Westbrook had a job last year, but Portis can't? To top it off, the Dolphins just signed one of the worst locker room presences in recent memory, Larry Johnson to a new deal. Arizona, give CP a call.

2. Prince, Osi, Bruce, Brian, Terrell, Marvin. Giants fans are an Eli-Hakeem-Tuck trio of injuries away from feeling like Mets fans.

3. Usain Bolt, Oakland Raider? I'll say this happens in the next three years. The fastest man in the world needs a new challenge, and he's probably a better quarterback prospect than Terrelle Pryor at this point. 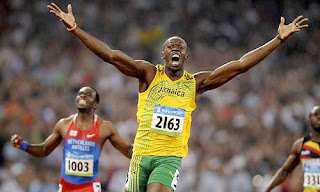 Still shocked Al Davis hasn't made a move on this guy.

4. How long until fans completely stop going to NFL games? Now that the package is being offered on PS3 and people are bringing guns to stadiums, I find it hard to fathom why people go to more than a couple games a year. Stay home, watch in HD, follow your fantasy team, stay alive. Sounds like a winning combo.

5. Really Cincinnati, your plan is to start Andy Dalton and not even try to convince Carson Palmer to come back this year? Bite nose to spite face. Have fun on your way to three wins.
Posted by MSpiciarich at 10:12 PM No comments:


Posted by MSpiciarich at 6:02 AM No comments:

4 Dumbest Thing Greg Buttle Said During the First Half

Per his Wikipedia page, Greg Buttle was a linebacker for the New York Jets after an All-American career at Penn State. Nowhere on the site does it say he's a good - or even halfway decent - broadcaster of NFL games. In fact, after listening to just one half of his color commentary during tonight's Jets-Bengals preseason game, I would put him among the worst broadcasters I have heard in recent memory.

He reminds me of Matt Millen.

Without further ado, here are the four dumbest things he said in the first half:

4. I lost confidence for a few minutes during my career. - A poor attempt at self-deprecation.

3. If you are a Bengal or a Jet, you need to catch the football. - This came after a benign dropped pass by a Bengals wide receiver. I think he missed hearing himself speak.

2. Anyone coming out of prison would have some rust, but Plax is a different beast. - He said this after Plaxico had made one catch in a preseason game.

1. That was a reception except his feet weren't in bounds. - This gem came after a receiver barely got one foot in while the other landed five feet out of bounds.

This guy is getting more brutal by the minute.

Posted by MSpiciarich at 8:36 PM No comments:

Proposed Deal:
Jets trade RB Joe McKnight to the Cardinals for a 4th Round Pick

Why the Jets make this trade

-Danny Woodhead and Leon Washington. The Jets (essentially) traded Leon for McKnight back at the 2009 Draft. Then the Jets chose to keep McKnight over Woodhead the following season after training camp. They need to recoup some value after those two roster gaffes.

-Bilal Powell is capable of being the third back on this team. With LT and Shonn Greene as a solid 1-2 combo, Powell doesn't need to be a game-changer. He just needs to be a dependable ball carrier with safe hands. 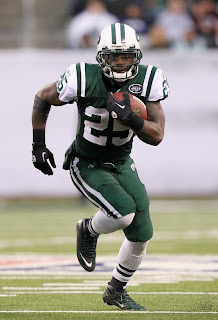 Could a change of scenery unlock potential for McKnight?
Probably couldn't hurt.

Why the Cards make this trade

-If things fail at running back, McKnight can give defensive back a shot. According to the Jets coaching staff, McKnight has the talent to be a nickel back right now. Given time, he could grow into more than that.

Posted by MSpiciarich at 8:41 AM No comments: 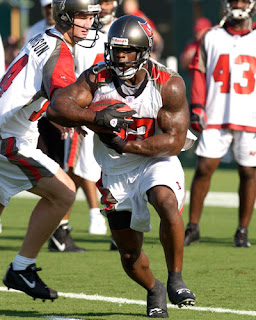 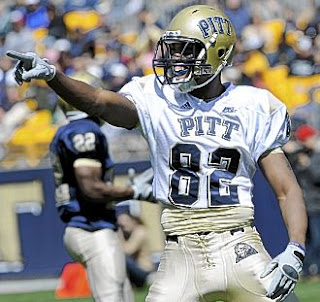 Fighting Thomas Jones when you could be confused with a stick figure: BAD idea

Jon Baldwin- I am a little indebted to you because you were the third wide receiver taken in the first round of the 2011 NFL Draft and you made me some money. However, what are you possibly thinking fighting TJ and his caricature-like arms? He is a beast.

Get your head right.

Posted by MSpiciarich at 8:09 PM No comments: 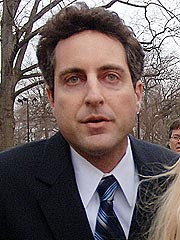 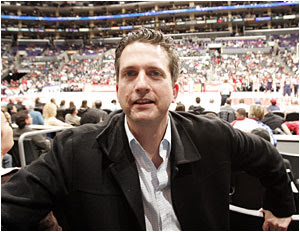 Posted by MSpiciarich at 10:56 PM No comments:

A new feature here at The Banter. Should be pretty self-explanatory.

Posted by MSpiciarich at 10:18 PM No comments: 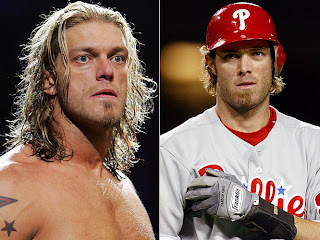 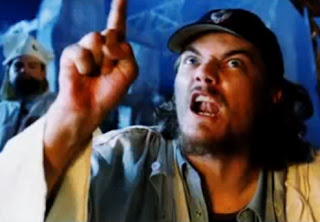